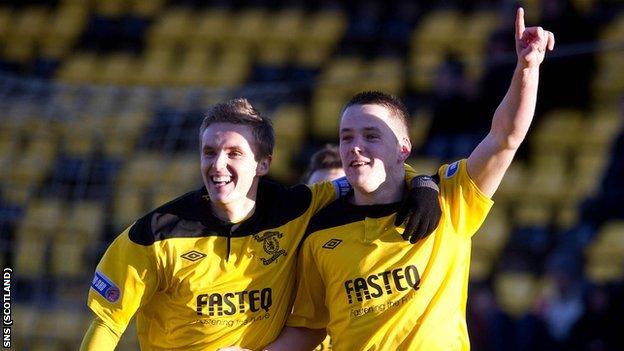 McNulty's drive put Livi two ahead three minutes into the second half and the striker volleyed home his second on the hour.

Iain Davidson was sent off for his professional foul on McNulty in the box and the 19-year-old completed his hat-trick by converting the resulting penalty on 70 minutes.