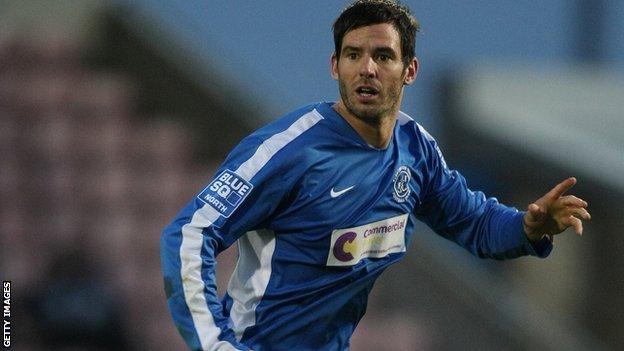 Nathan Pond got the ball rolling when he poked home Jamie Vardy's cross from close range.

Seddon doubled the lead before half-time with a neat finish from just inside the area, and made it 3-0 after the break from Andy Mangan's cross.

Dan Lowson compounded the Reds' misery when he turned Vardy's cross into his own net late on.

The Cod Army are now five points clear at the top of the Blue Square Bet Premier after Wrexham lost to Stockport.

"It's always difficult when you come to one of the top teams, but when you give comical goals away like that it doesn't help.

"Three of those goals wouldn't be misplaced on Nick Hancock's Gifts and Gaffs programme at Christmas.

"It was ridiculous. You can't give good teams a leg up. The first one shouldn't have been a free kick; alright we switched off from it but, at the end of the day, it just shows the gulf between the top and the bottom."