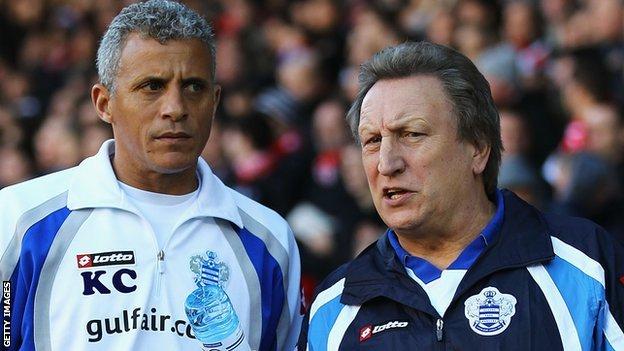 Notts County have confirmed Keith Curle as their new manager.

The 48-year-old was part of Neil Warnock's coaching set-up at QPR until they were sacked last month and he was recommended by the ex-Magpies boss.

League One side Notts sacked Martin Allen following Saturday's 3-0 away defeat against Hartlepool.

The result leaves the Magpies in 11th place in the table, but they are only eight points off the play-off places and Allen had won his previous two games.

Allen, 46, was only appointed in April 2011 and steered the Magpies clear of relegation last season.

Lee managed Curle during his playing days at Wolves and later worked alongside him as director of football at Torquay United.

Curle had managerial spells at Mansfield Town, Chester City and Torquay United before joining Warnock as assistant boss at Crystal Palace and then QPR.