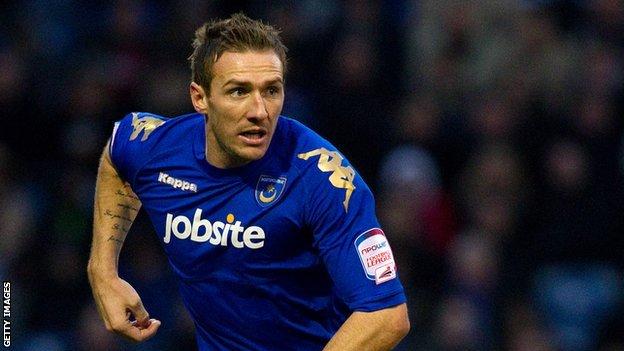 The club went into administration on Friday and Lawrence admitted it was impossible not to be distracted by the recent events at Fratton Park.

"It does affect the players, with people not getting paid," Lawrence told BBC South Today.

"It is hard and you are not human if you don't feel the things going on around you."

Portsmouth's players have not been paid since December and on Friday the club were placed into administration for the second time in three years.

And on Friday boss Michael Appleton revealed the club could not afford to scan the injured calf of Lawrence. Rudimentary payments for injury assessments could also not be completed.

"Because we can't afford to scan his calf we don't know the full extent of the injury."

It is just one of a number of problems affecting the club - who were also given a 10-point penalty by the Football League for entering administration which leaves them in the relegation zone.

But Lawrence also believes the squad have the required mental toughness to keep the team in the Championship.

"But this is when the strength of character shows in and around the dressing room and hopefully now we've got the strength to get through this."