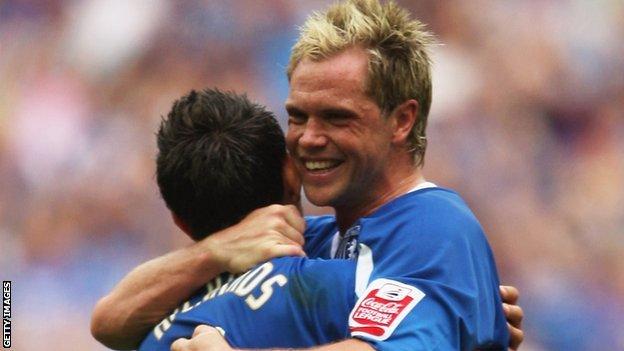 Gillingham defender Simon King is hoping for an extended run in the first team, after making his first two starts of the season in the last week.

King, 28, has struggled to hold down a regular place since suffering a serious ankle injury in the summer of 2009.

"I still feel rusty, it's a run of games I need," he told BBC Radio Kent.

"Hopefully I can stay in the team, help turn results around, get a few clean sheets, then there's no reason why I can't get that run."

King, who made his first starts of the season for the Gills against Port Vale and Rotherham, was player of the year in the promotion season of 2008-09 but suffered an ankle injury in the following pre-season campaign which saw him ruled out for 18 months.

Since his injury he has played just seven games for the Gills and spent two months on loan at Plymouth, where he played six times.

He has returned to a Gillingham side struggling for form with just one win since the turn of the year but is convinced their poor run is temporary.

"It's frustrating, we've got such a good set of lads, we were close to the play-offs and are now dropping lower and lower but we've got a good squad and are more than capable of putting a run together like we did before Christmas," he added.

"We're confident we are going to turn it round again."