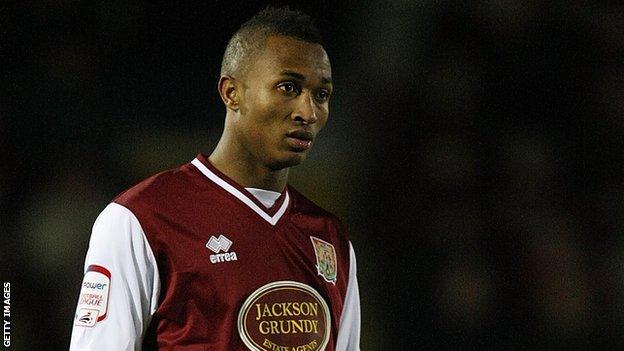 Northampton Town have extended the loan spell of Liverpool winger Toni Silva until the end of the season.

The 18-year-old started for the Cobblers in the win over Macclesfield, having debuted against AFC Wimbledon.

"Talent and work wins you things. I think he's a terrific talent and we've got him until the end of the season. He'll be a key part of our squad."

Meanwhile, Boothroyd says he's looking to get even more from striker Adebayo Akinfenwa, after the 29-year-old scored the Cobblers' third goal on Tuesday night, and his tenth of the season.

"As a manager, you want to get the best out of people," he said.

"If the game was played in the 18-yard box, he'd be the best player in the world, and I don't mean that disrespectfully.

"It goes into his feet in the box and he scores a goal. But he's got to be able to run and put people under pressure.

"He's lost a stone and a half but I want him slimmer, because I want him to be the best he can be."