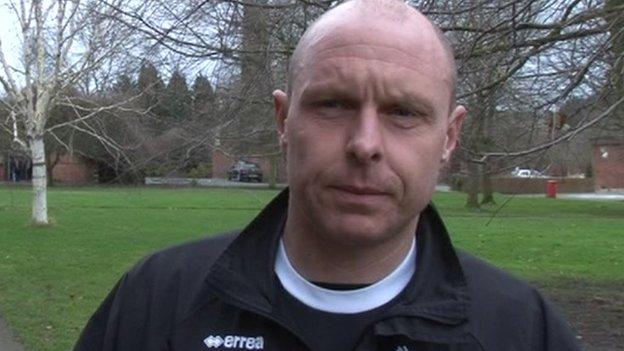 Darlington manager Craig Liddle has admitted his family have asked him to consider his position at the club due to the pressure on his personal life.

Liddle has been juggling first-team duties with his original youth development post since the departure of former boss Mark Cooper in October.

"She knows how badly it's affecting my life. I'm not getting to see my family but I'm prepared to do that."

Chester-le-Street-born Liddle made 327 appearances for the club as a player, leading the side out at Wembley in the 2000 Division Three play-off final.

However, his status as a fans' favourite has been undermined by criticism of his managerial reign on internet forums.

"I find it difficult to take certain comments. I steer clear of messageboards but it filters back to me from friends and family," Liddle added.

"It upsets me because I don't think anybody works the hours I do."

Meanwhile, Liddle revealed he had been unsuccessful in persuading defender Exodus Geohaghon to return to the club following a loan spell at Dagenham & Redbridge.

The 26-year-old moved away from the Arena earlier in the season.

"I tried to get him back today, but he doesn't want to come back, he's not coming back," said Liddle.

"Somebody like that would be a huge bonus for us, I was prepared to swallow my pride and so were the players.

"We would have had to ask the Conference anyway, but he's going somewhere and he might even end up at Mansfield."