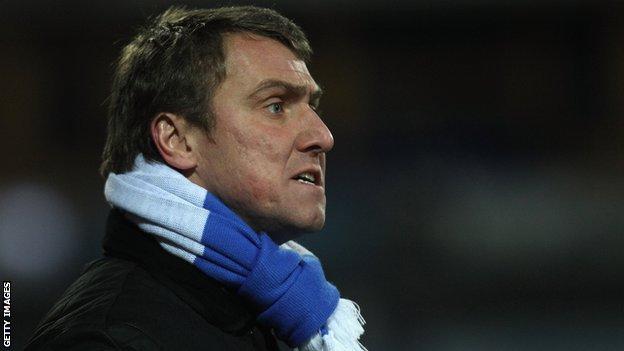 Lee Clark has been shortlisted for the Football League's "outstanding managerial achievement" award, one week after his sacking by Huddersfield Town.

Clark was included in the three-man shortlist after steering the Terriers to a record 43-match unbeaten league run between January and November 2011.

Clark was fired on 15 February with Huddersfield fourth in League One.

The 39-year-old whose playing career included spells at Newcastle, Sunderland and Fulham, guided the club to last season's play-off final, where they were beaten 3-0 by Peterborough.

This season, they had only lost three of their 30 league games, but were seven points off an automatic promotion spot after 13 draws.

Huddersfield Town were nominated in six different categories in the League's annual awards, more than any other club.