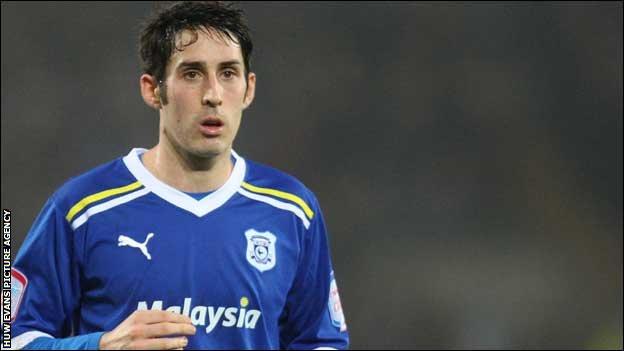 Cardiff City's Peter Whittingham has joined Southampton pair Rickie Lambert and Adam Lallana on the shortlist for the Championship Player of the Year.

Whittingham has scored nine goals and made 11 assists in the Championship this term and the midfielder has helped Cardiff into the play-off zone.

Midfielder Lallana has also impressed in Saints' first year in the division.

Whittingham has been moved from the left wing by new Bluebirds boss Malky Mackay and the former England under-21 international has impressed in a central midfield role.

The 27-year-old has also been instrumental in their Carling Cup heroics as Cardiff will play Liverpool in Sunday's Wembley final.

Whittingham, Lambert and Lallana, who have both inspired Southampton to second in the table, were nominated for the Championship award by Football League club managers.

The winner will be announced at the Football League awards gala dinner in London on Sunday, 11 March.