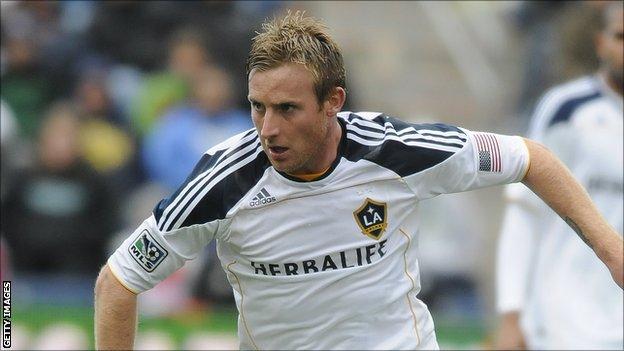 Chris Birchall pulled on a Port Vale shirt for the first time in six years on Wednesday, playing for the reserves in their 1-1 draw against Walsall.

The 27-year-old played 84 minutes for Vale in the Central League match.

Ryan Jarvis scored a late equaliser for the Saddlers after Kingsley James had put Vale ahead from the penalty spot.

Birchall turned down a new contract with LA Galaxy at the end of the MLS season and has offered to play for Vale, his first club, for free.

The last of his 91 first-team appearances for the Valiants came in a 3-1 home win against Chesterfield in April 2006, four months before a £300,000 move to Coventry City.