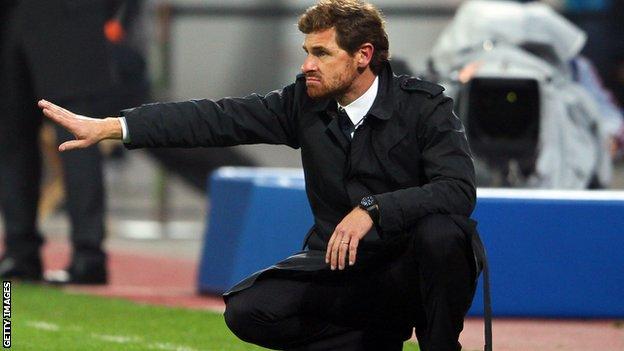 Andre Villas-Boas has been sacked by Chelsea after less than a year in charge at Stamford Bridge.

Roman Abramovich's gamble on the 34-year-old has spectacularly backfired, with Villas-Boas paying the price for failing to deliver silverware.

Now Chelsea's Russian owner is looking for his eighth manager in nine years.

BBC Sport takes a look back at the highs and the lows of Villas-Boas's short reign. Here's what happened:

22 June 2011: Four years after leaving Stamford Bridge, where he was a member of Jose Mourinho's backroom team, Andre Villas-Boas returns on a three-year contract after Chelsea agree to pay a £13.3m compensation fee to secure his services from Porto, where he has been in charge for 11 months.

29 June 2011: Villas-Boas gives his first press conference as Chelsea manager. "I wouldn't be satisfied if we don't win the Premiership. The domestic title is always the priority," he said.

27 August 2011: Goals by Jose Bosingwa, Frank Lampard and Juan Mata earn Chelsea a 3-1 home win over Norwich and catapult Chelsea into second place in the table.

18 September 2011: After a five-match unbeaten start to the season, Villas-Boas suffers his first setback, a 3-1 defeat at Manchester United. "As I said before, nothing that happened here would mean anything in the Premier League table," he said. "It is an unexpected league. All of the five contenders are there. Anything can happen. The most regular is United at the moment but we showed we are up to the level of the champions."

What Villas-Boas won at Porto

2 October 2011: Frank Lampard scores a hat-trick while Daniel Sturridge is on target twice as Villas-Boas enjoys his biggest win as Chelsea boss, a 5-1 victory at Bolton.

23 October 2011: The rot begins. A 1-0 defeat by Queens Park Rangers sparks a run of five defeats in nine games in all competitions.

25 October 2011: The manager gives his backing to John Terry over allegations he racially abused Anton Ferdinand in the defeat by QPR. Terry denies the claims.

25 November 2011: A bullish Villas-Boas says Roman Abramovich is fully behind him after revealing he has had talks with the Russian owner following Chelsea's slump in form. "Everybody wants to get out of a situation like this. Self-confidence and self-belief is what we need now and everybody wants to get it," he said.

29 November 2011: Chelsea crash out of the Carling Cup following a 2-0 home defeat by Liverpool. 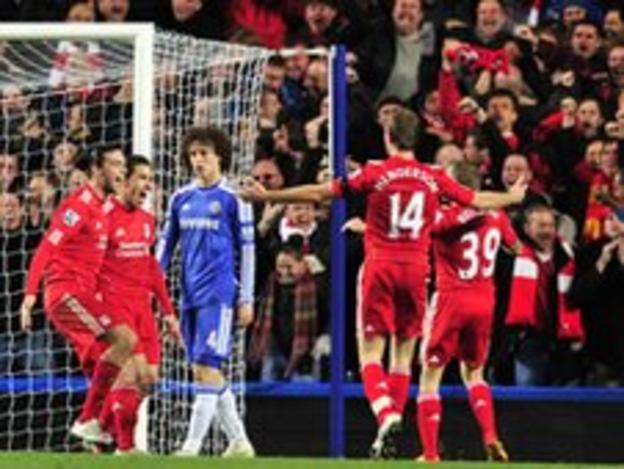 11 February 2012: Villas-Boas describes the 2-0 defeat at Everton as one of Chelsea's worst performances of the season and says it was his fault. "I'll go back to my pre-planning and decision-making," he said.

20 February 2012: He asks the club's hierarchy to make it clear they back his vision for the Blues' long-term future - but nothing is forthcoming from owner Roman Abramovich.

21 February 2012: Villas-Boas reveals captain John Terry will miss at least a month with a damaged knee which will require surgery. "Four weeks would be excellent, but normally it's six weeks. We'll have to wait and see how the operation goes. Four weeks? Hopefully the player can return in that time frame," he said.

26 February 2012: Chelsea captain Frank Lampard scores on his return in the 3-0 Bolton win, after being dropped for the previous two Blues games, and admits his relationship with Villas-Boas has "not been ideal".