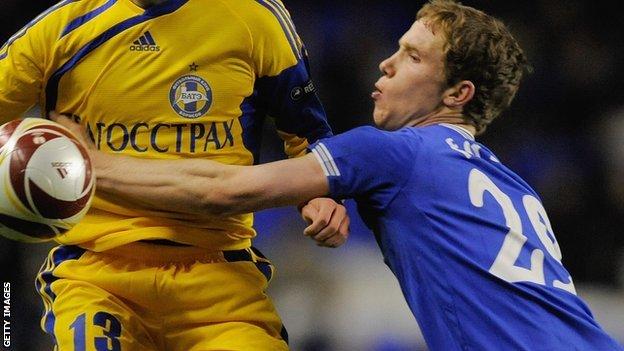 Forshaw, who has been with the Toffees since the age of eight, is in line to make his debut in Saturday's away game at Scunthorpe United.

The 20-year-old has linked up again with club-mate Jake Bidwell, who is on loan at Griffin Park until March.

"I am sure he will help us in the month ahead," Brentford manager Uwe Rosler told the club's official website.

The Bees lie ninth in the League One table following a 4-0 win over Carlisle, just five points off the play-off places.

"We are heading into a period where we have a very busy schedule and we only have four central midfield players for three positions," said Rosler.

"We have to bolster that area, particularly when we are using the diamond system or 4-3-3."

Forshaw made his first-team debut for Everton in a Europa League tie in 2009 and last season was given his first chance in the Premier League when he came on as a substitute at Wolves.

Reserve team boss Alan Stubbs said he had done well lately and deserved the chance to go out on loan and show what he can do".

He added: "If there's one lad in the team I could try to get out on loan, it would be Adam."