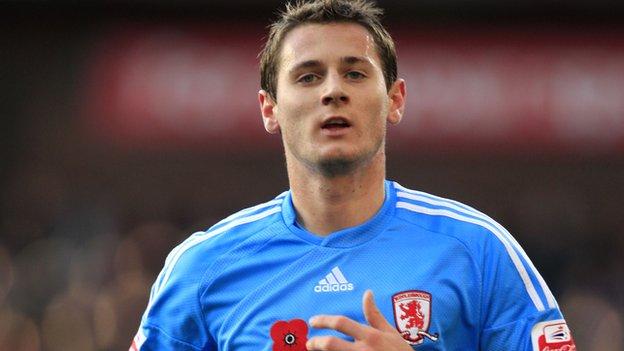 Yeovil Town have signed Jonathan Grounds and Jonathan Franks from Middlesbrough on a month's loan.

Both deals have an option to extend the agreement until the end of the season.

Grounds, 24, has played 10 Premier League games for Boro and had spells with Norwich, while Franks, 21, has spent time at Oxford United.

"Grounds has played at the highest level, has good experience and is a good lad," Glovers boss Gary Johnson told the club's official website.

He continued: "With Kelly Youga out at the moment, he gives me a club in the bag that I don't really have at the moment; that's a defender who can play at left back or as a left-sided centre back."

"He is very quick, very strong and can play either up front or out wide. He's played at all the England levels from Under 16 to Under 19 and we're lucky to be able to entice players of his quality down here."