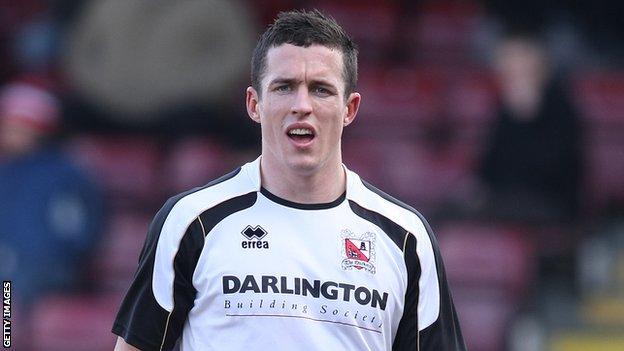 Northampton Town striker Tadhg Purcell has joined League of Ireland side Cork City on loan until the end of June.

Since arriving at Sixfields in 2010, he has been limited to two starts and four substitute appearances.

The 26-year-old Irishman has not played for the Cobblers this season and was loaned to Darlington earlier in the campaign, where he featured five times.

"Tadhg is genuinely a good lad and he is a good footballer," boss Aidy Boothroyd told the club website.

"He didn't quite fit what I was looking for and as I've said before I think it is always best to be straight with people and to let them go and get on with their careers.

"He goes with our best wishes and I genuinely hope that he does well."