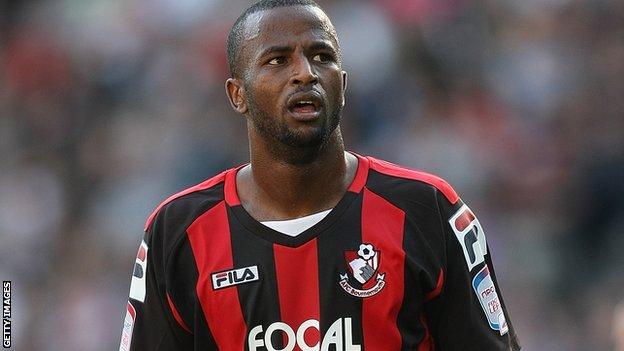 Defender Zubar, 25, has made 20 appearances for the Cherries since his arrival from Plymouth in September.

Midfielder Fogden, 23, has played 17 times for Bournemouth since signing from Havant & Waterlooville in August and has scored twice for the club.

"I want to reward hard work and people that want to do well and improve," boss Lee Bradbury told BBC Radio Solent.

Stephane works very hard, is really passionate about the game and is a deep thinker

"I'm really pleased with Stephane since he has come into the team, he has had to wait for his chance.

"But with Adam Barrett coming out of the team, he has taken that chance and I've been really impressed with him since he has come in.

"He works very hard, is really passionate about the game and is a deep thinker. He seems to have got better each week and works hard on the training pitch to improve and I want to reward him with a new contract."

Fogden was plucked from non-league football at the start of the season and has impressed everyone at Dean Court since his arrival.

"The attitude he has shown since arriving here is there for everyone to see. He is so hungry, his work rate is second to none and that is what has kept him in the team," said Bradbury.

"He has been unfortunate to pick up an injury but he has come in and done well. He gives us that spark of energy and has a great attitude to the game."