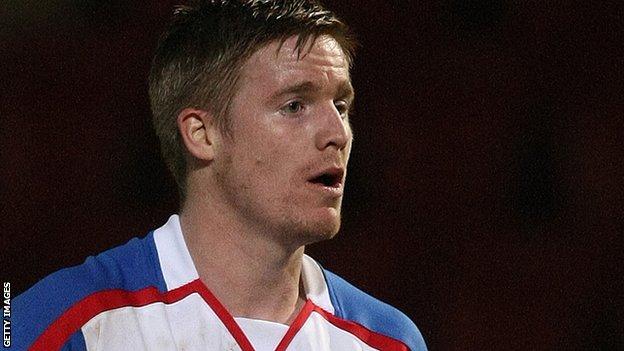 Cambridge United have confirmed striker Michael Gash has suffered a separated shoulder and is expected to be out for "weeks rather than days".

The 25-year-old collected the injury in Tuesday's FA Trophy win over Guiseley.

He has featured in all but three of Cambridge's 31 league games this term, scoring six goals.

"It's slightly different from a dislocation and just as painful and it looks like weeks rather than days for his absence.

"That's a big blow to us because Gash is a really important player in terms of how we play.

"And I think the last six or eight weeks he's really kicked on. He's become a focal point of our attacking play."

Meanwhile, George says he will not look to extend the loan spell of AFC Wimbledon defender Brett Johnson, who is set to return to Kingsmeadow at the end of the month.