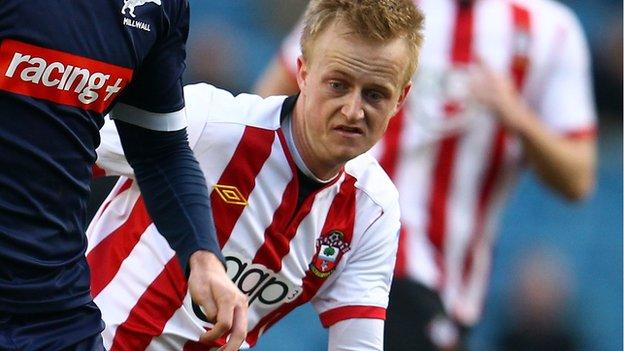 Reeves, 20, joins from Southampton where he has made six first-team appearances, four coming off the bench.

Bond, who is 18, has been brought in from Watford as cover for the suspended Chris Lewington.

He is a Wales Under-19s international and made his Hornets debut this season in the FA Cup.

Reeves is a left-sided player who rose through the academy system at St Mary's and can play as an attacking midfielder and also as a second striker.

His loan spell at Victoria Road will last up until 24 March, Bond's deal expires the following day.