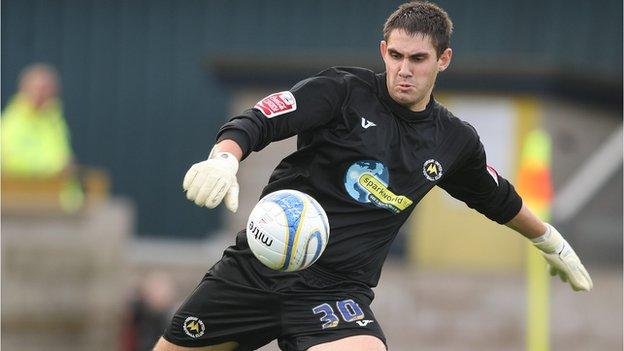 Bristol Rovers manager Mark McGhee wants to keep goalkeeper Michael Poke at the club for as long as possible.

Poke, 26, is on loan from Brighton and is scheduled to play his last game for the Pirates at Rotherham on Saturday, but McGhee wants to prolong his stay.

"We want to extend it until the end of the season - but technically we can't," McGhee told BBC Radio Bristol.

"We'll extend it as long as it can. We're disappointed we can't do it until the end of the season."

Football League rules state that short-term, or emergency, loans can only have a maximum duration of 93 days, including the initial day of the agreement.

"I think we can only do it for another 33 days, I think we've had him for 58 already," McGhee concluded.