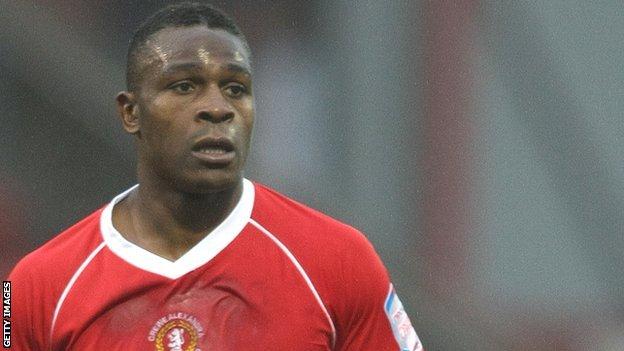 Burton Albion have agreed a deal to sign defender Patrick Ada until the end of the season, subject to official clearance and confirmation.

The 27-year-old has joined following a trial spell after being released by Kilmarnock in January.

Boss Paul Peschisolido said: "Patrick's whole-hearted, can play across the back four and as a defensive midfielder.

"He has a hell of a drive about him, he believes in himself, he's aggressive, strong, a competitor and a lovely lad."

Peschisolido added: "He's come in and worked extremely hard and proved to me he is worth keeping until the end of the season."

Former Exeter, Histon and Crewe Alexandra man Ada said: "It was a good experience for me in the Scottish Premier League.

"It was something different. Obviously it didn't work out at the end but that's football.

"I've had a good chat with Paul and he made my decision easy. I knew Burton is a place where I want to be.

"Paul is a young, upcoming manager. He has a plan for Burton Albion and I want to be part of that plan."