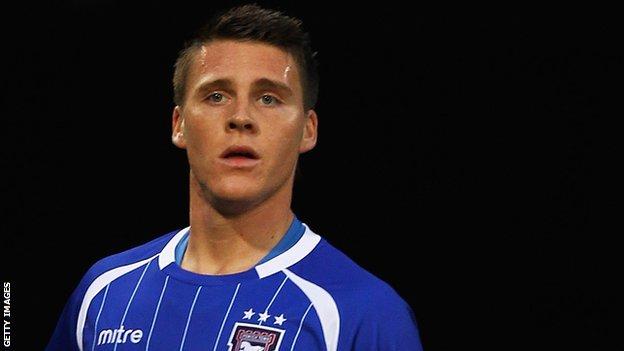 Ipswich Town winger Josh Carson has signed a new two-year deal, with the option of a further 12 months.

Carson, who burst onto the scene last season by scoring three goals in his first five games, has played 14 times this term but has not featured since contract discussions began.

"It's been long and protracted, the kid has always wanted to sign here," boss Paul Jewell told BBC Radio Suffolk.

"We always wanted to sign him. I don't know what was going on.

"He can look forward to a long and distinguished career here."

Meanwhile, Jewell has challenged defender Tommy Smith to make the most of his run in the first team to secure a new deal.

The New Zealand international has started Ipswich's last seven games after almost five months out of the team.

"Things in football change very quickly and Tommy has hardly featured this season - like Luke Hyam and Andy Drury - and all of a sudden it's up to them.

"The ball's in their court to kick on and strengthen their case."