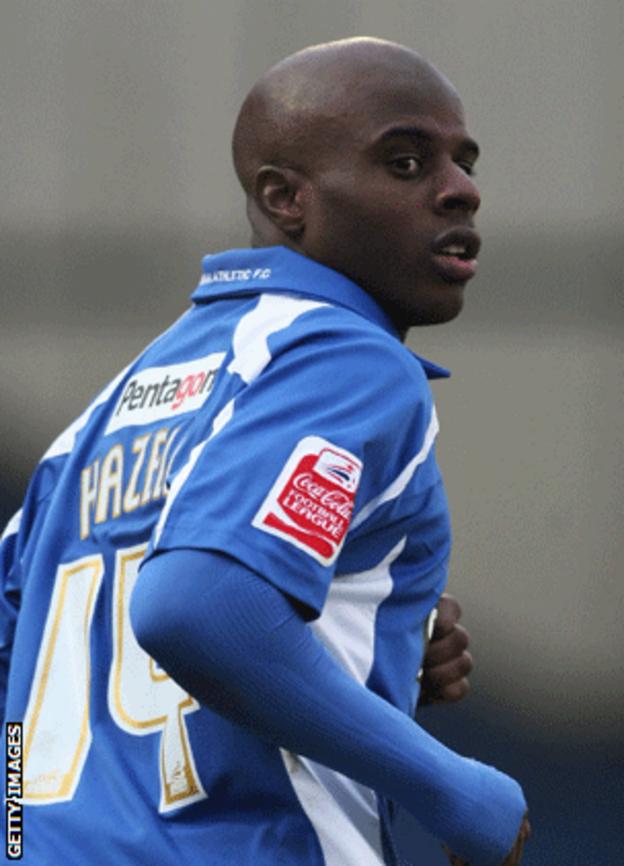 Shrewsbury defender Reuben Hazell declared himself fit again after six months out with a knee injury.

The 32-year-old emerged unscathed after playing 90 minutes in a reserve friendly against Crewe.

"I gave away a penalty, we lost 2-0, but that's irrelevant," he told BBC Radio Shropshire. "It's just brilliant to come through with no problems.

"I've been in full training for six weeks, and I feel ready to step into the first team any time."

The experienced former Oldham captain had undergone a rigorous course of physio, often working long hours in the gym on his own.

But Hazell revealed the support of the club, family and Shrewsbury fans has helped keep him going.

"I've had so much support it's been unbelievable," he said.

"Even before the [Crewe] match I had loads of good luck messages, it's fantastic - and I'm overjoyed I've come through it."