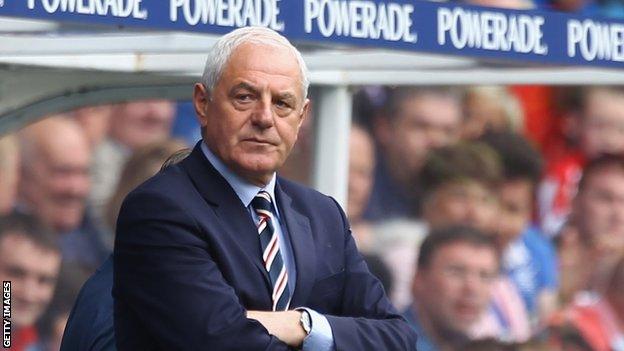 Former Rangers boss Walter Smith has rejected a move back into football management with Wolves.

Smith joins a growing list of people to have rebuffed the Midlands club, who have been without a manager since they sacked Mick McCarthy on 13 February.

"It was a purely personal thing, nothing to do with Wolves," Smith, 64, told the Express and Star newspaper.

"I know Jez Moxey [Wolves chief executive] and knew I was more of a fall-back than anything. We didn't even get as far as discussing money.

"There was never a face-to-face meeting and we never discussed finance.

"If someone asks you, you're pleased to be asked, but the longer you think about it, you start to ask yourself whether it was right."

Smith, who had been without a club since leaving Rangers in May 2011, was reported to have been offered the job until the end of the season.

Ex-Sunderland manager Steve Bruce has been interviewed for the post, but McCarthy's former assistant Terry Connor is still in temporary control of the side.

Wolves, who are 18th in the Premier League, travel to Newcastle on Saturday.