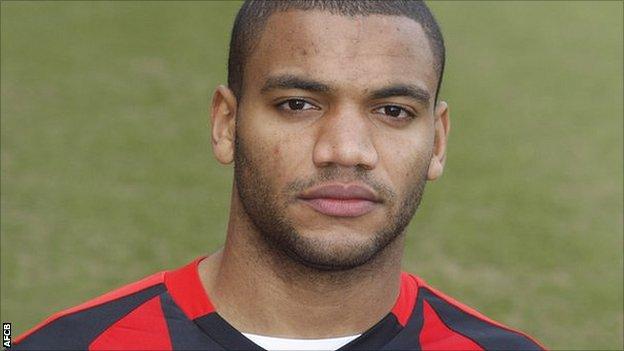 New Bournemouth loan signing Miles Addison says he would be open to a permanent move to Dean Court.

Addison, 23, also believes his future lies away from Derby County calling his treatment by the club as "strange".

"I spoke to the manager and he told me about the ambition of the club and long term it could be a permanent fixture," Addison told BBC Radio Solent.

"I don't know what is going off at Derby with my future at the club but I don't think it will be there."

Former England Under-21 international Addison has spent much of this season on loan at Barnsley but returned to parent club Derby following injury.

It is a bit strange, I signed a new contract and I thought my future would be there. But it hasn't worked out for whatever reason

He signed for Bournemouth until the end of the season on Wednesday admitting he has been left miffed by events at the Rams.

"It is a bit strange what is going on at Derby," added Addison.

"They gave me a new contract in the summer and told me to go and get some games, so I went out on loan at Barnsley.

"I got injured and went back to Derby but the last three weeks I've not played.

"It is a bit strange, I signed a new contract and I thought my future would be there. But it hasn't worked out for whatever reason and I just want to play as many games now until the end of the season."

Addison admits he has been impressed by Bournemouth's ambition and believes the next month will be a crucial period for the club in their pursuit of the play-offs.

"The manager is very ambitious, I walked past the new training ground being built on the way in and if they get promoted they will expand the stadium," he added.

"I think it is a good time to play for Bournemouth.

"The next month is make or break in terms of the play offs with games against Charlton, MK Dons, Sheffield Wednesday and Stevanage. If we can impress and win in the next few games then we can make the play offs."