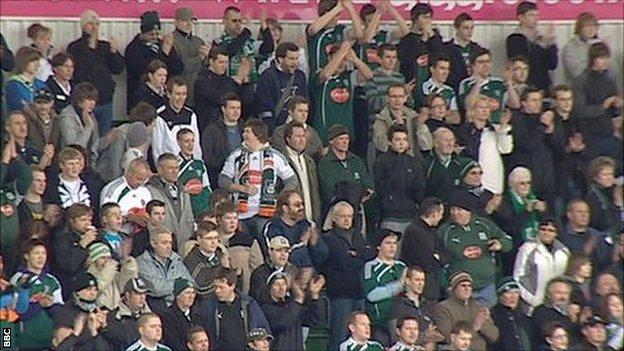 Plymouth Argyle manager Carl Fletcher has called on supporters to help them in their key relegation battle with bottom side Dagenham and Redbridge.

The Pilgrims host the Daggers having lost just once in six games, form which has seen them climb out of the relegation zone on goal difference.

"The fans have been great for us, especially when games haven't been going well for us," Fletcher said.

"They're a massive part of what we're trying to achieve here.

"They've got a massive role to play for us on Saturday because hopefully they can come out in their numbers and stick behind the lads," he added to BBC Radio Devon.

The Green Army have had a tough time over the past few seasons as they have seen the club slip from the Championship to the bottom of League Two and go into administration.

But with the club's problems off the field seemingly over, Fletcher says the impact the Green Army have on the field cannot be underestimated.

"Even when it's not going great and there's a sticky situation in the game they still stick behind us and support and it really benefits us on the pitch," Fletcher said.