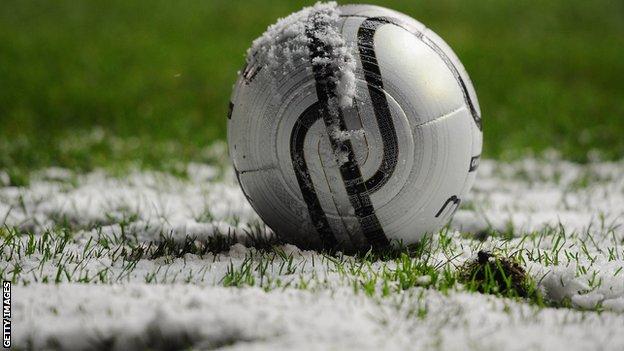 The Scottish Football Association has announced plans for a feasibility study into changes to the fixture calendar.

Several managers have advocated switching to a summer-based season.

SFA president Campbell Ogilvie said: "I understand there are many reasons for and against any changes such as a move towards summer football, an earlier start to the season or a winter break.

"But it is important we understand fully the current situation and the possible benefits of a realignment."

However, the SFA warned that a March-November campaign would be difficult to implement in the professional game.

"I was encouraged by the willingness shown by everyone at the council debate to take the issue forward in the hope of a solution that appeals to the clubs, the fans, the players and the sponsors and that is why we have decided to commission the study," explained Ogilvie.

"The in-depth study will provide statistical evidence before we look at the next steps."

The non-professional game could more easily adopt a summer season, as the Scottish Youth FA and women's football have done.

Sheila Begbie, head of women's and girls' football, said: "The rise of the Scotland women's national team and the success of Glasgow City in reaching the last 16 of the Champions League were made possible by the change, with players getting the chance to pay more often in weather and surfaces conducive to good football."

The study will be initiated after approval from both the professional and non-professional game boards of the SFA.