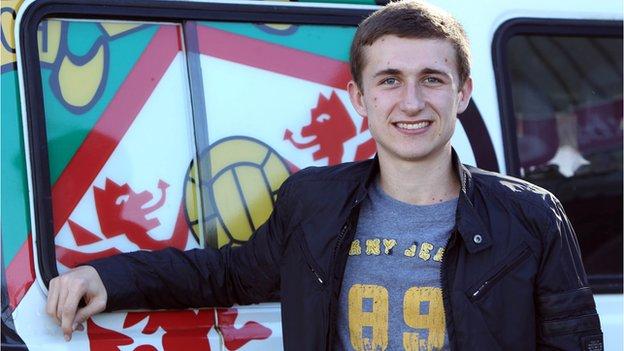 Wrexham have signed striker Jay Colbeck on his first professional contract until the end of the 2012-13 season.

Colbeck has risen from the youth ranks to help Wrexham's push for promotion from the Blue Square Bet Premier.

The 18-year-old scored twice on his debut as a substitute in their 4-1 win over Kettering Town in January.

"Jay's a quiet lad who gets on with his work, but we have been watching him closely this season," manager Andy Morrell told the club's website.

"He does though seem to have that happy knack of being in the right place at the right time.

"By getting him a deal through until 2013, we are hoping to allow Jay the time to develop as a player."

Two further substitute appearances have followed for Colbeck and he could be involved in Saturday's trip to Stockport County.