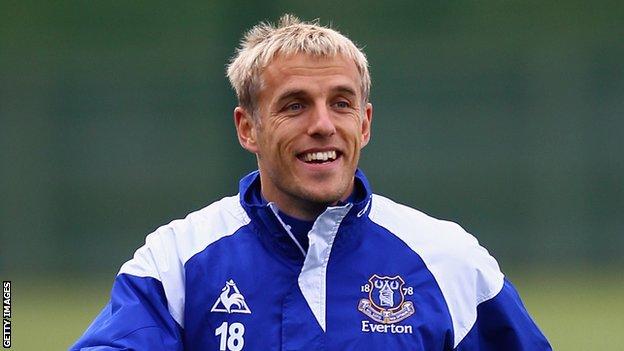 Everton captain Phil Neville will join the England Under-21 coaching staff for Wednesday's Euro 2013 qualifier against Belgium at the Riverside Stadium.

The 35-year-old's first steps towards a possible move into coaching come because of the England reshuffle in the wake of Fabio Capello's resignation.

Under-21 coach Stuart Pearce will lead the senior side in the friendly with the Netherlands on the same day.

Neville will work alongside Brian Eastick and John Peacock.

Eastick is one of Pearce's assistants with the under-21 side while Peacock is normally in charge of the under-17s.

England Under-21s are currently top of Euro 2013 Group Eight with four wins and one loss from the five games they have played. Belgium are in second place.