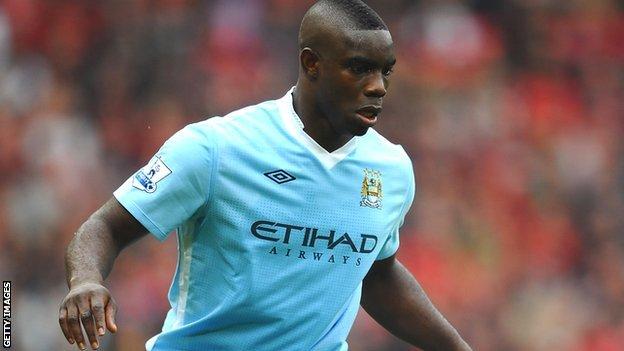 Micah Richards has revealed his pain at being overlooked by England, claiming former manager Fabio Capello "had his favourites".

The Manchester City defender was recalled to the squad by caretaker boss Stuart Pearce for Wednesday's friendly against the Netherlands.

"To be frozen out of the international team, it hurts," said 23-year-old Richards, who won a solitary cap under previous manager Fabio Capello.

"I didn't get a chance under Capello."

However, his only appearance during Capello's four-year reign came as a second-half substitute in a 2-1 friendly defeat by France in November 2010.

Although he was included in the squad for the Euro 2012 qualifiers against Bulgaria and Montenegro last year, Manchester United's centre-back pair of Phil Jones and Chris Smalling were selected out of position ahead of Richards.

"I was only there because of injuries, not because he [Capello] wanted me there," Richards said.

"I never had an explanation. I always asked the question but I was never given an answer.

"Every player wants to play for their country, especially when they are at a team that is doing so well.

"He [Capello] had his favourites. He liked Glen Johnson and Kyle Walker.

"Sometimes as a player, you just have to take it on the chin. If the manager fancies someone else, you have to deal with it."

Pearce, the man who gave Richards his City debut as a 17-year-old in 2005, was put in temporary charge after Capello resigned in the wake of the Football Association's decision to strip John Terry of the England captaincy.

Despite the promotion of his mentor from the Under-21s to the senior side, Richards insists his place in the squad for Euro 2012 at Poland and Ukraine is not guaranteed.

He said: "Some people said I might get a chance but I didn't want to say that.

"Kyle Walker has been playing well. Glen Johnson has been doing well at Liverpool. The boys at Manchester United offer another option as well.

"I don't automatically think I am going to get a chance. You never know what is going to happen in football.

"If I was to get on the plane I would be the proudest man."