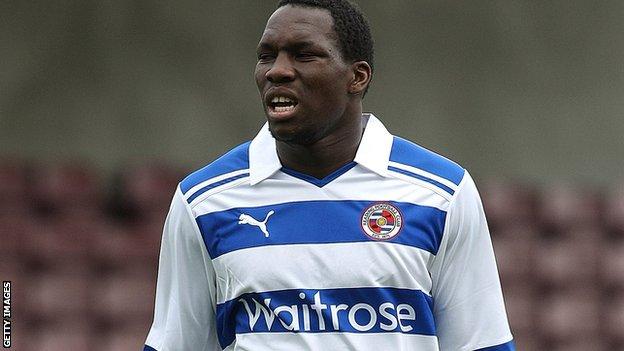 Reading striker Mathieu Manset has left to join Chinese side Shanghai Shenhua on loan until the end of June.

Manset, 22, who joined the Royals from Hereford in January 2011, has played 17 times this season, scoring three goals.

"I'm excited to be going to a new country, I'll learn new things about football and will play with a big striker," Manset told the club website.

The Chinese league begins this month and runs for the rest of the year, but Frenchman Manset will return to Reading in the summer in time for pre-season training.

"He wants to play games and I understand that," said manager Brian McDermott. "It'll be different for him, but also good experience."