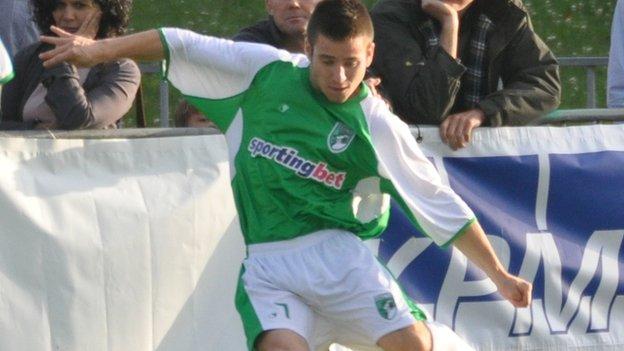 Guernsey FC have secured at least third place in the Combined Counties League Division One after beating South Kilburn 2-1 at Footes Lane.

They are now likely to win promotion as usually the top three teams get promoted, at the league's discretion.

Glyn Dyer opened the scoring after just 34 seconds, but Kilburn equalised through Luke Mason after half-time.

But with three minutes left substitute Chris Mauger got the winner just 60 seconds after coming onto the pitch.

Guernsey are 13 points clear at the top of the table and can finish no lower than third following the win.

The game had to be put back to a 1900 GMT kick-off after fog delayed travel to the island.

But assistant manager Colin Fallaize was impressed with the way his side's opponents, who had been delayed at Gatwick Airport for much of the day, coped against his side.

"They were very strong, very committed, came to participate in a good strong game and they were a credit to themselves," he told BBC Guernsey.

"They held their discipline and competed very well."