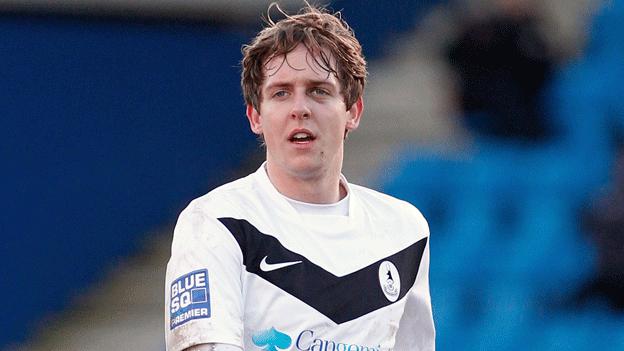 The 21-year-old's one-month loan was due to expire after Saturday's Blue Square Bet Premier game at Lincoln.

But Telford manager Andy Sinton has received a text from Oldham boss Paul Dickov agreeing to extend his stay.

Brooke scored on his debut in the 1-0 win over Braintree Town after coming on as substitute, his sole appearance so far because of three postponements.

He has played 29 matches for Oldham in League One.