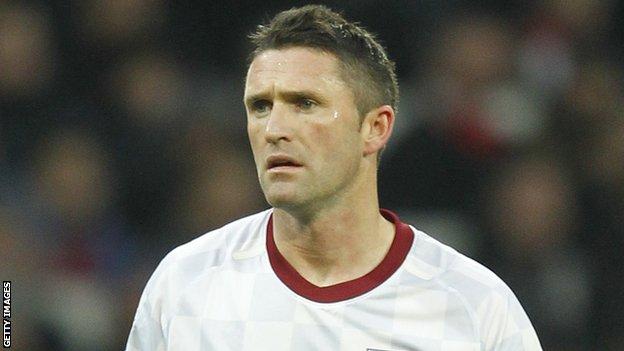 Robbie Keane still has one game to go for Aston Villa before returning to LA Galaxy but Alex McLeish is already eyeing another move for the striker.

The Republic of Ireland international has so far scored three goals in six appearances, including a brace against his former club Wolves.

Now the Villa boss is planning to bring the 31-year-old back to Villa Park.

"Maybe he could do us a favour next year again. He's been very good and I have enjoyed working with him."

He added to www.avfc.co.uk: "His infectious enthusiasm is there for everyone to see.

"But he has also brought his skills to the club - his ability with the ball, his finishing, and I know he would like to have seen us getting even better results.

"That's the measure of the guy, he's never satisfied, he's a top pro. "

Keane left the Premier League at the the end of last season, signing for LA Galaxy for £3.5million, after enjoying loan spells at both Celtic and West Ham while at Tottenham.

He is set to make one final appearance for Villa, in Saturday's trip to Wigan where he will hope to help his side end a four game winless streak.