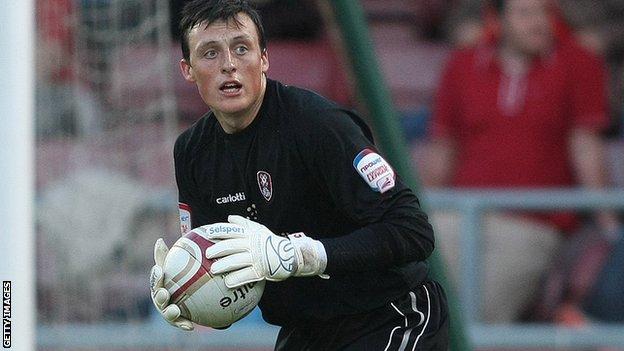 Annerson played for Rotherham in the last six games of last season but has not featured this campaign because of a knee injury.

He has joined City until 5 May but there is a clause allowing the Millers to recall him after 28 days.

The Sheffield-born keeper played in a behind-closed-doors friendly at Chesterfield on Tuesday.

Bantams manager Phil Parkinson told the club website: "He'll come into our squad now to contend for the number one shirt."