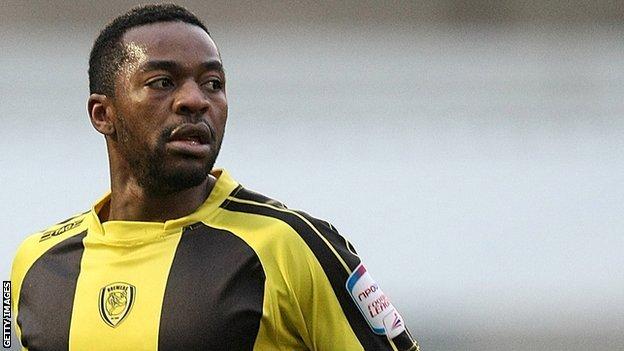 Burton face the League Two's top three sides in the next eight days.

And although Maghoma has a hamstring strain and is set to miss games against Cheltenham Town, Swindon Town and Southend United, he is not downhearted.

"It seems hard right now with the games coming up but you've got to believe and I'm a strong believer," he said.

The Brewers moved up to fifth in the table after the Boxing Day win over Northampton but their recent slump has seen them slip to 12th, seven points off the play-off places

However, Maghoma, 24, is confident the side are still good enough to realise his dream of running out at Wembley for the play-off final.

"That's the dream and it's a once in a lifetime dream," the former Tottenham trainee said. "Getting there with Burton would be magnificent."