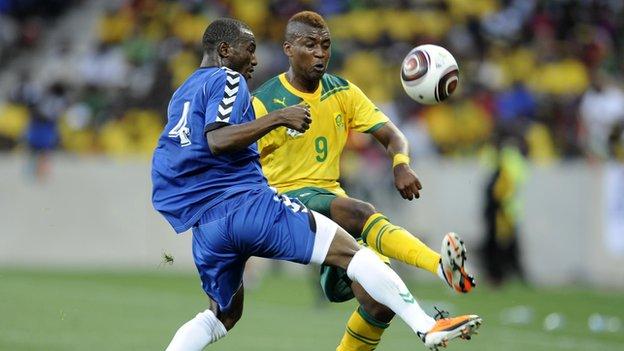 He now has the approval of both the Sierra Leone Football Association (SLFA) and the government.

His previous stint in charge was marred by controversy because the SLFA felt Mattsson had been imposed on them by the Sports Ministry.

This time there is a temporary agreement that he can lead the team for their 2013 Africa Cup of Nations qualifier with Sao Tome.

"We agreed with the Sports Ministry for Mattsson to take care of the team at least for the Sao Tome game," Sorie Ibrahim Sesay, Public Relations Officer of the SLFA told BBC Sport.

"After which we'll discuss whether or not to continue with him."

The 57-year old was in charge of the Leone Stars' last four matches in qualifying for the 2012 Nations Cup but left after their final match against South Africa.

The SFLA had backed local coach Christian Cole and at one point they threatened to withdraw the Leone Stars from the qualifiers.

An agreement for the two to work together was eventually worked out.

This time a deal has been agreed for Mattsson to lead the team - although only for this opening match.

Meanwhile the coach has named an 18-man squad shorn of many of his top names.

Scotland-based Mohamed Bangura, Rodney Strasser of AC Milan and Leone Stars captain Ibrahim Kargbo are all out with injury.

Egypt based Gibrilla Woobay is also missing, having been out of training for the last three weeks.

All four are regular starters for Sierra Leone.

Kamara and four others - German-based Gibril Sankoh, Abu Tommy, who plays in Moldova, and England based duo of Manny Williams and Mustapha Dumbuya - are receiving their first call-ups.