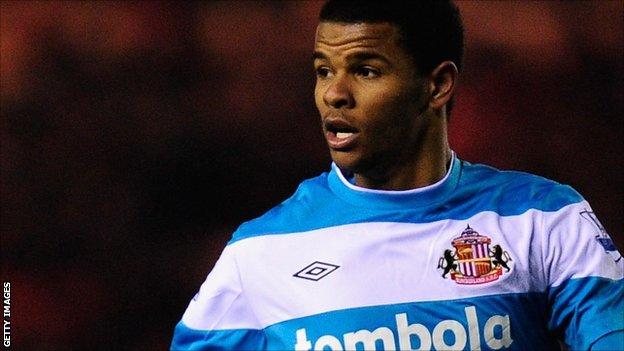 Sunderland striker Fraizer Campbell has said there will be no nerves when he joins the England squad for next week's friendly against the Netherlands.

The 24-year-old was selected by caretaker boss Stuart Pearce after two goals in five games following his return from a long-term knee injury.

"I've always known myself I'm a good player but the injury has put that back," Campbell told BBC Newcastle.

"I know half the team anyway, so it won't be a shock, I won't be nervous."

He added that he is relishing playing again following his extended spell on the sidelines.

"I'll go out there and enjoy my football, it's been from the worst point of my life 18 months ago, to now which is the best," said Campbell.

"It's been a rollercoaster, but it's been brilliant being back involved, playing games, it's been world class."

Campbell was a regular in Pearce's under-21 set-up while a player at Manchester United, including involvement in the 2009 European Championship, and scored four goals in 14 appearances at that level.

Campbell has been a winner on his previous two visits to Wembley - the 2008 Charity Shield with Manchester United, and the 2009 Championship play-offs with Hull City

However this is the Huddersfield-born forward's first encounter with the senior squad.

"I've worked with the manager before," he continued.

"Any footballer would be lying if they said different."