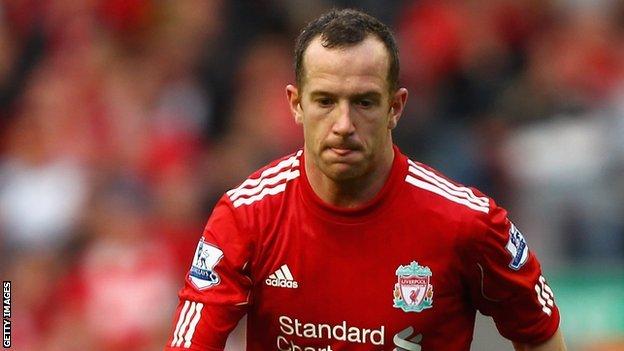 Liverpool midfielder Charlie Adam says they are relishing the chance to end their six-year wait for cup success.

Adam's side take on Championship promotion-hopefuls Cardiff City in the Carling Cup final on Sunday.

The Reds' last trophy win came at the Millennium Stadium in 2006, when they beat Chelsea in the Community Shield.

"We're ready and we're looking forward to it and it's going to be a great occasion for everybody," Adam told BBC Radio Merseyside.

"But you can only enjoy it if you win it.

"For me it will be a proud occasion because this club is a massive club. The club has won trophies home and abroad before but to be part of a team that can be successful is great.

"We're on the first step of hopefully achieving success and if we can do that, then great."

The Scotland international played and scored at the new Wembley with his former club Blackpool, in a 3-2 win over Cardiff in the 2010 Championship play-off final.

After opening the scoring on that occasion, Adam admits the surface at Wembley can be a challenging one because of its size.

"It's a big pitch and it can take its toll, especially when I played in the play-off final," said the 26-year-old.

"But you can use that to your advantage and hopefully on the day we're ready and we prepare well."