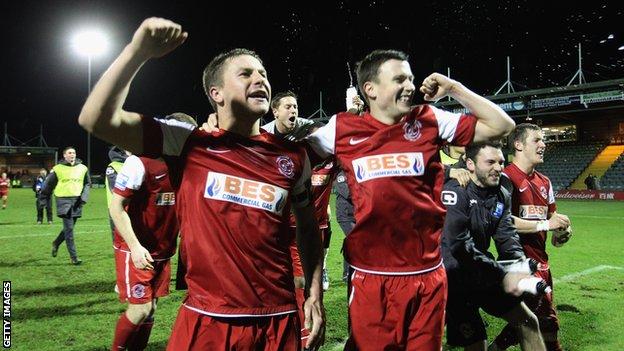 The Fleet suffered their heaviest defeat of the season when they lost 6-2 to Fleetwood on Tuesday night.

When asked if he thought they would win the league, Daish responded: "Definitely. They're a fantastic side.

"When you've got a player like Jamie Vardy in there, he's probably as good as I've seen at this level for a long, long time."

Fleetwood have resisted significant interest in the striker, who scored a hat-trick against the Fleet, including an audacious 45-yard lob from inside the centre circle.

"It shows their ambition when they're not willing to sell him," he told BBC Radio Kent.

"They've got their sights set on league football and fair play to them. It takes a brave chairman and brave owner to turn down that sort of money."