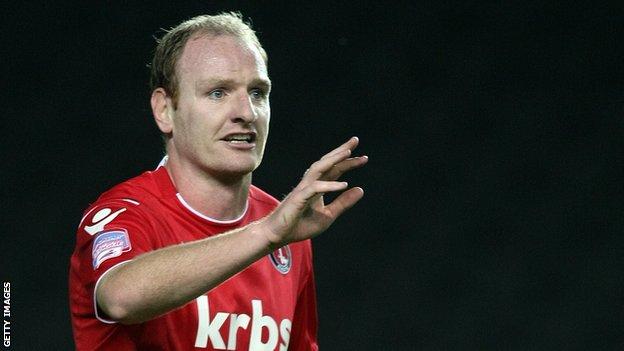 Wycombe Wanderers have signed Charlton duo Gary Doherty and Paul Hayes on loan until the end of the season.

Former Tottenham and Norwich City centre-back Doherty, 32, has played six times for the Addicks this term.

And 28-year-old striker Hayes has scored three goals in 17 League One games since arriving from Preston in the summer.

"Their experience and calibre speaks for itself," Wycombe boss Gary Waddock told the club website.

"They've both played at a higher level and I'm sure they'll prove to be very good additions to the group."

The Chairboys hope to finalise the paperwork in time so both players are available for Saturday's visit of Hartlepool.

Waddock has already brought in midfielders Craig Eastmond and Chris Hackett this week in an attempt to bolster his side's ambition of avoiding immediate relegation back to League Two.