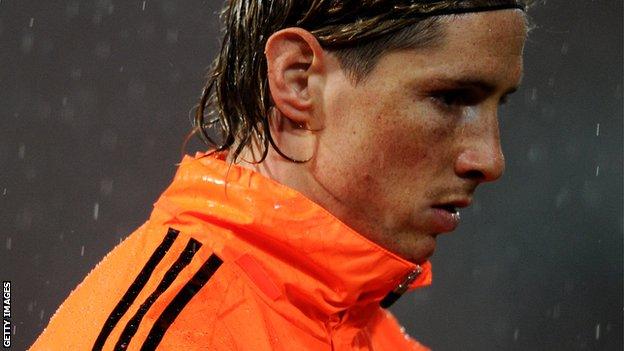 Chelsea striker Fernando Torres has been left out of a Spain squad for the first time in five years.

Spain coach Vicente del Bosque dropped Torres for their friendly against Venezuela in Malaga this Wednesday.

But Del Bosque said it did not mean Torres would be omitted from the squad for this summer's European Championship in Ukraine and Poland.

"Torres is not in good form and we believed in this case it was better if he didn't come," Del Bosque said.

"He is a lad we appreciate a lot and it pains me to leave him out but I wanted to be fair.

"But this doesn't mean anything. This is not a definitive list for Euro [2012]"

The Spain boss had said in December that Torres needed to turn his season around to ensure selection for Euro 2012.

The 27-year-old has scored four goals in 29 Chelsea appearances this season.