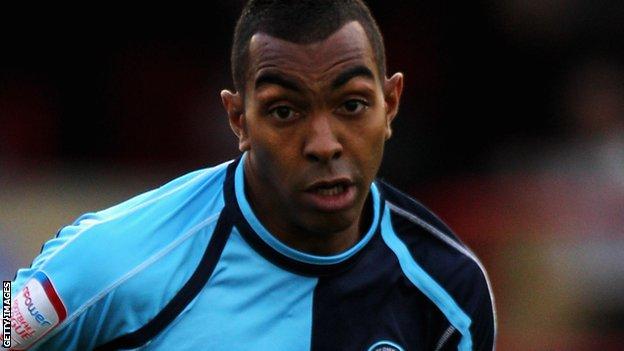 Midfielder Kevin Betsy is aiming to repay Woking after joining the club until the end of the season.

The 33-year-old, who began his career at Kingfield in 1997, has signed following his release by Wycombe.

Betsy told BBC Surrey: "There was no way I would have dropped down to play for any other club.

"If it wasn't for Woking I would have never had a career in professional football. I owe everything to the club and it's time to give something back."

Betsy has trained with the Cards since departing League One side Wycombe in December, but only signed a deal last week.

He added: "I had offers in the League, but it wasn't right. There were a few up north, but there are things outside football that I need to concentrate on.

"Woking fitted in nicely, and it was a no-brainer to come and play here. Garry Hill is a tremendous manager and I've known [assistant] Steve Thompson since I was little."

Betsy joined Fulham, then in the third tier and managed by Kevin Keegan, in the summer of 1998 and went on to have spells at ten other clubs including Barnsley, Oldham, Wycombe and Southend.

He made his second debut for the Cards in Saturday's 1-0 win over Dartford, and hopes he can help the side clinch a return to the Blue Square Bet Premier.

"The boys have done fantastically well all season," he continued. "I was delighted with my performance but there is more to come without a shadow of a doubt.

"I've come to give the boys a little bit of experience and help the club get over the line. This club needs to be back in the Conference, without a doubt."