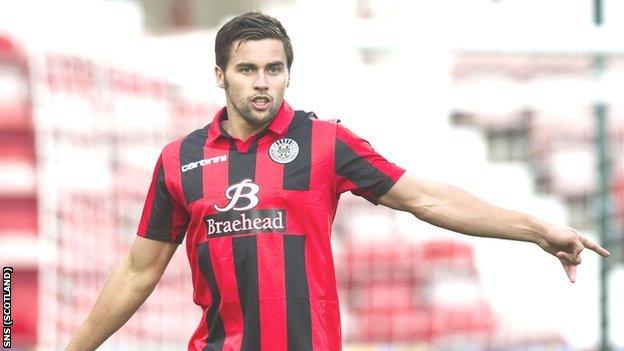 St Mirren defender Darren McGregor has signed a two-year extension to his deal at the Scottish Premier League club.

Buddies manager Danny Lennon signed McGregor from his former club, Second Division Cowdenbeath, in the summer of 2010 along with three other players.

But it's McGregor who has made most of the move, with Gareth Wardlaw now at Ayr, Peter Bradley at Queen's Park and Paul McQuade on loan at East Fife.

McGregor won the Third Division championship with Cowdenbeath in 2006 under Mixu Paatelainen but was released and moved into junior football with Gorebridge-based Arniston Rangers.

From there he worked his way back to part-time and full-time professional football, following Lennon from Central Park to St Mirren.

He suffered a cruciate ligament injury at the beginning of his second season with the Buddies and is currently undergoing rehabilitation work before returning to the first team.