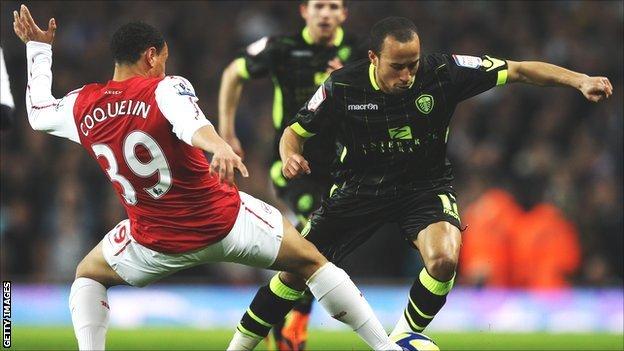 Tottenham's Andros Townsend has joined Birmingham City on loan until the end of the season.

Townsend, 20, severed his loan deal with Leeds United on Thursday after playing seven games for the club.

"I don't want people who don't want to be here, so good riddance I say if that's what he wants to do," Leeds boss Neil Warnock told the club's website.

"His agent told me he didn't like here, he wasn't happy, and he hadn't settled. I'm disappointed we've lost a player."

Townsend has previously had loan spells at Ipswich, Watford and Millwall, as well as Leeds.