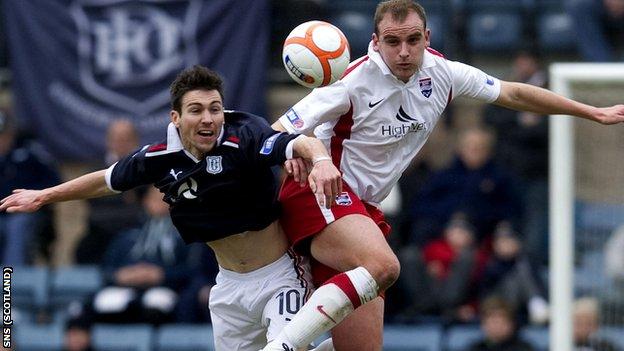 Dundee's hopes of closing the gap on Ross County were dented after a draw against the First Division leaders.

Ryan Conroy's penalty drew the home side level after Stuart Kettlewell had put the visitors in front, but the home side were unable to go on and claim all three points.

The Staggies took the lead after 11 minutes when Richard Brittain's right-wing cross found Kettlewell who finished neatly from six yards.

Dundee equalised in the 33rd minute when Conroy powered his penalty past goalkeeper Michael Fraser after midfielder Paul Lawson had brought down Carl Finnigan.

There were few chances in the match thereafter, and it was the visitors who came closest to scoring again when defender Scott Boyd headed over the crossbar from six yards on the hour mark.