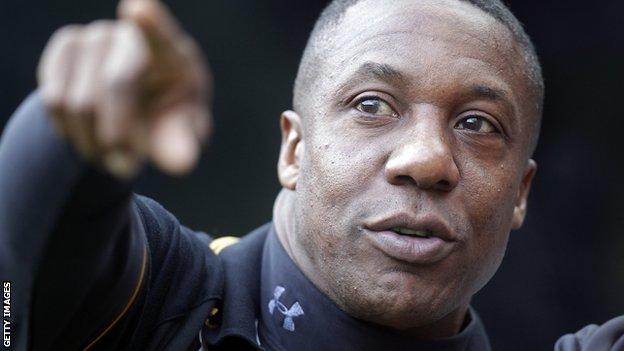 New Wolves manager Terry Connor believes his side's fightback to claim a draw at Newcastle could be a turning point in their relegation fight.

Connor was named as Mick McCarthy's replacement and saw his side battle from 2-0 down to earn a point thanks to Kevin Doyle's goal.

"The result could set us up for the rest of the season," Connor said.

"I told the players at half-time if they believe and have confidence, hopefully things will turn your way."

Wolves surprisingly turned to Connor - who was assistant to Mick McCarthy - after Walter Smith, Alan Curbishley and Brian McDermott ruled themselves out.

But the former Leeds and Brighton striker believes his knowledge of the players helped to mastermind the comeback, which saw Wolves climb out of the bottom three.

Connor said: "With a new manager [from outside of the club] there is a settling in period. It takes a while for the players to know what he wants and understand what's required.

"The players did it for themselves. It's been a very stressful week."

Connor also revealed that McCarthy had been heavily in contact ahead of his managerial debut.

"Mick has been in contact most days this week," Connor said.

"He sent me a good luck text and had the courtesy to give me a call and say I deserved to go for it.

"To do it yourself was strange but I thought it went really well today.

"I didn't enjoy being 2-0 down, but I enjoyed it then [when Wolves made their comeback]."

Newcastle manager Alan Pardew acknowledged that the new manager had made an immediate impact.

He said: "We've seen Terry [Connor] go in there and has changed the style a bit, now they pass the ball more.

"[The comeback and performance] was for the players and for him [Terry Connor]. They go home with full credit.

"It was a little bit for Mick [McCarthy] as much as Terry.

"They did their best for him."