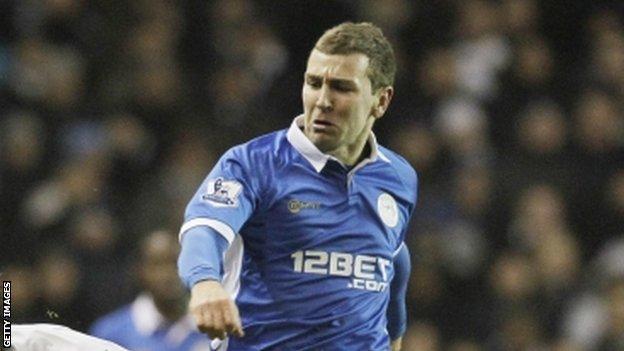 Wigan midfielder James McArthur has been brought into Scotland's squad to face Slovenia on Wednesday after Celtic's Scott Brown was ruled out.

Brown missed his club's 1-0 win over Motherwell with a groin injury.

Sunderland full-back Phil Bardsley has a calf injury and is rated doubtful for the friendly at Hampden Park.

Blackpool winger Matt Phillips, who was in line to win his first cap, is also a doubt but he has joined the squad to allow his injury to be assessed.

Phillips, who qualifies for Scotland through his grandfather, missed his side's 3-1 win at Bristol City on Saturday.

Bardsley played 90 minutes in Sunderland's 4-0 defeat by West Brom but the SFA revealed he was doubtful with a calf injury.