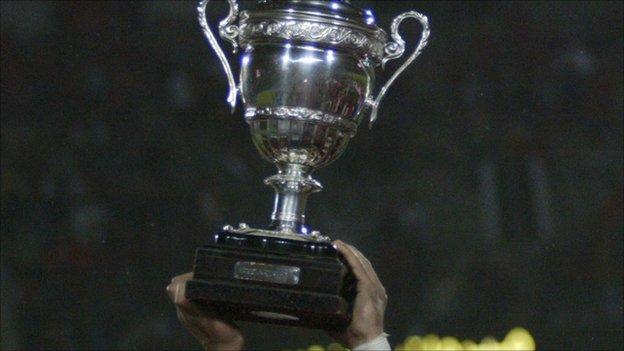 The Confederation Cup winners became the first team in 14 years to beat the African champions for the trophy as they sunk Esperance on penalties.

Saturday's game had ended 1-1 in Tunis, with Hamza Abourazzou scoring after 20 minutes before Khalil Chammam equalised deep into added time for the Tunisians.

"Opting for an offensive strategy … was our great strength," said Taoussi.

"Overall, we were better technically. This success is greatly deserved.

"It will motivate us to work harder and to have confidence in ourselves," Taoussi told Moroccan media.

The MAS coach might have thought his chance had gone after Chammam's equalising goal came in the tenth minute of stoppage time.

But the resulting shoot-out went the way of the Moroccans, as Senegal's Mohamed Diop converted the winning spot-kick.

"I have nothing to reproach my players for as they gave everything right until the end," said Esperance coach Michel Decastel after the game.

The result represented a major upset with 17 of the previous 19 one-off Super Cups having been won by the Champions League winners.

Much of this success has stemmed from the fact that the winners of the Champions League have enjoyed home advantage in the Super Cup for the past 16 years.

MAS are the only the second Morccan club to collect the Super Cup after Raja Casablanca won the title in 2000.

Ironically, the last African champions to blow home advantage were Raja themselves - when losing to Tunisia's Etoile du Sahel in 1998.

MAS won the Confederation Cup in November, after triumphing on a penalty shoot-out against Club Africain, the major Tunis rivals of Esperance.