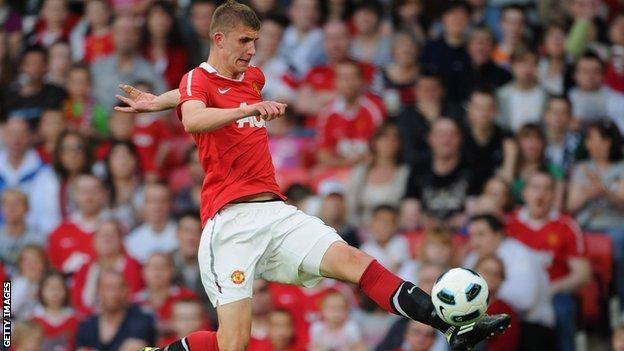 League Two side Morecambe have completed the signing of Manchester United defender Sean McGinty on loan until 31 March.

The 18-year-old, who can play as a centre-back or on the left-hand side of defence, has played for the Republic of Ireland at Under-19 level.

He joined Manchester United in 2009 from Charlton Athletic but has not yet played for the first team.

McGinty could make his Shrimps debut on Tuesday against Dagenham & Redbridge.