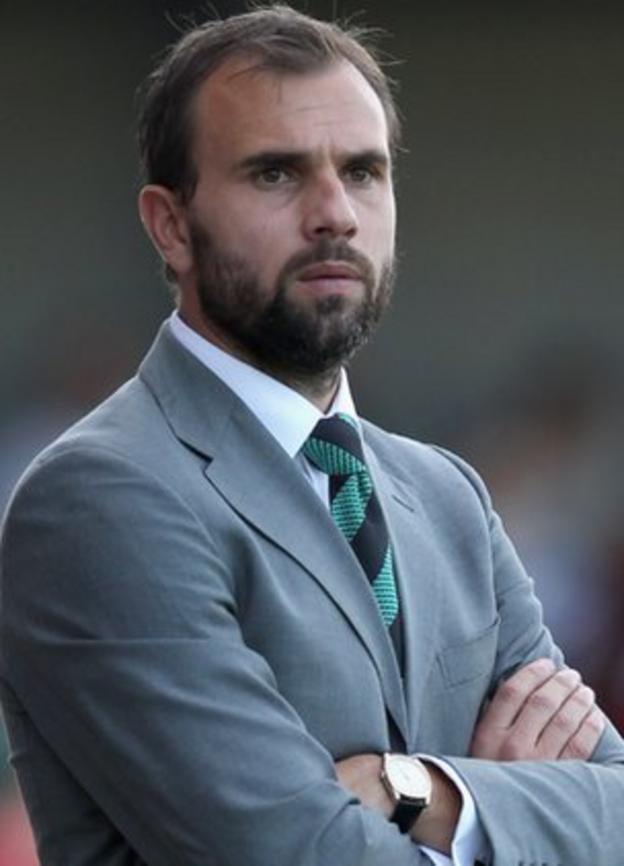 Plymouth Argyle manager Carl Fletcher has praised the effort of his side in their 0-0 draw with relegation rivals Dagenham and Redbridge.

The Pilgrims hit the post twice in the second half and forced Daggers 'keeper Jonathan Bond into a number of saves.

"You can't fault the lads' effort, they've done everything bar score a goal and get three points but some days you get like that," Fletcher said.

But they are only a point off the relegation places and three points ahead of bottom side Dagenham, having won just twice in the last 10 games.

"All the lads worked hard, we got another clean sheet, a third in a row so that's a real positive.

"If we'd have taken one of those chances we might have been sat here with all three points," Fletcher added to BBC Radio Devon.

Argyle face another key match in their fight for survival as they travel to Macclesfield on Tuesday night, who are just one place and three points clear of Plymouth.