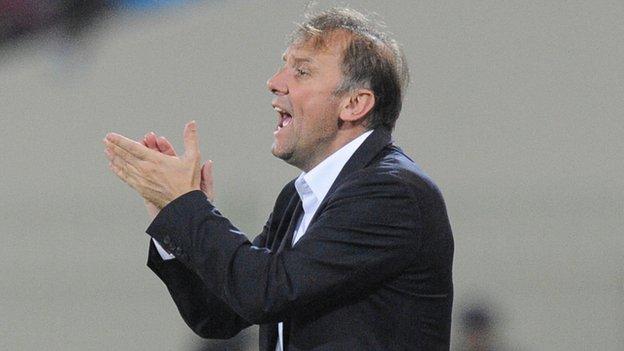 Ghana coach Goran Stevanovic has been given a visa for the United States and will take charge of the team for their friendly against Chile.

Most of the squad left Accra on Sunday, but Stevanovic and two players - Emmanuel Baffour and Richard Mpong - were delayed.

All three have now been given clearance to travel and will fly later on Monday.

The game in Philadelphia on Wednesday could represent Stevanovic's final match in charge of the Black Stars.

A decision on his future is expected to be made next week.

Stevanovic returned to his native Serbia immediately after Ghana's exit from the Africa Cup of Nations and so was not able to secure a visa at the same time as the rest of the squad.

When he came back to Accra he then spent the whole of the next day reporting back to the Ghana Football Association (GFA) about the campaign in Equatorial Guinea and Gabon - and hosting a raucous news conference.

Ghana finished fourth at the Nations Cup having lost the semi-final to the eventual champions, Zambia.